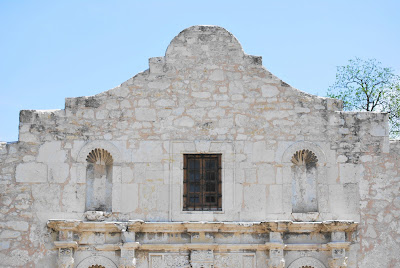 The Alamo, the top of it any way. The bottom was covered by people. 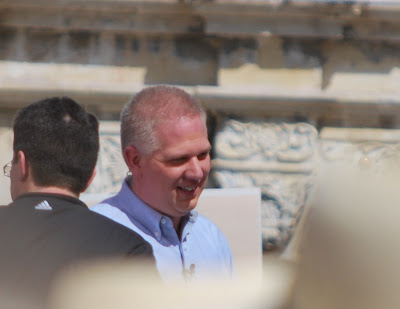 Glen Beck, filmed his show live. We were on TV, did you see us? 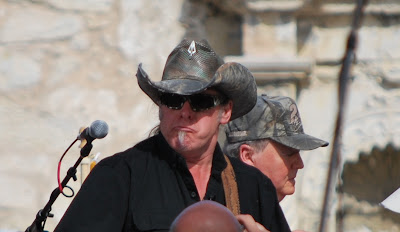 Old rocker dude, helped out. They tell me his name is Ted Nugent.

After Glen Beck's show was over, some local praise team gave us some rather LOUD entertainment, until the official tea party began. 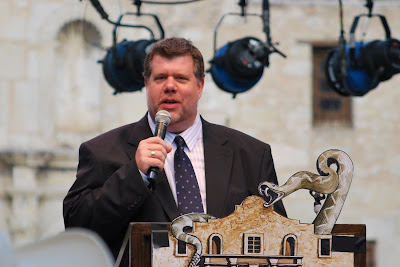 Adam McManus. This guy is a local radio talk show host. He has a great show, always informing citizens how they can take a stand and get involved. He was the MC for the evenings events. 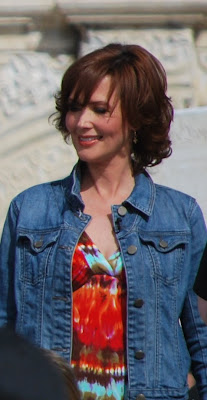 Janine Turner, I only know her for her role in Northern Exposer. I think she is beautiful. By the way, Janet, I see a resemblance between the two of you. Maybe it's the hair??? Except, I am sure she is normal, and drinks coffee in her really nice mug, never ever tea. She had her equally beautiful and passionate daughter with her. 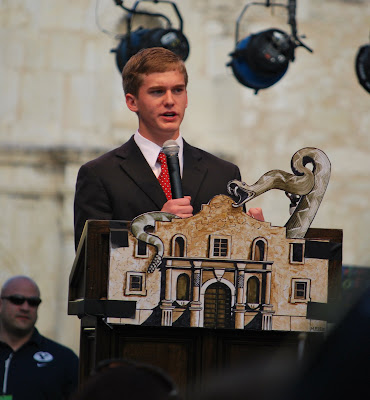 This young man, eighteen years of age, gave some convincing arguments of the duties of a US citizen, as well as some sobering statistics on how many people are actually living up to those duties. He would do a far better job running this country that the last three or four guys have done.

A couple of fed up local mama's gave some speeches about the local government and the local concerns of San Antonio. Both did a fabulous job. 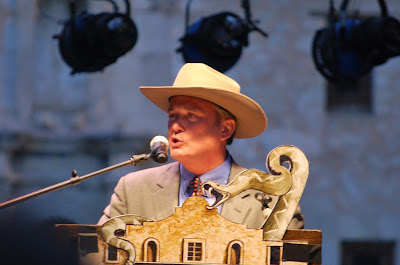 Doug Phillips from Vision Forum Ministries gave the final speech of the evening. If was God honoring and powerful. He did a great job reminding everyone that our God reigns, and we have an obligation to reign in our government. At the foundation of freedom is Christ. Thankfully, even if earthly tyranny prevails, we can have ultimate freedom in Christ. Always knowing that one day, He will bring Justice to the oppressor. Mr. Phillips speech was fantastic, it made me remember why America is where it is, and why we should fight to keep her free. He had a few choice words in there for the FEDs too. I think they were somewhere along the lines of, "COME AND GET IT." 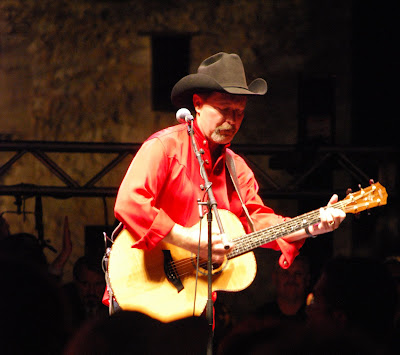 Steve Vaus, closed the party up with his song Take America Back.

And some random pictures of San Antonio... 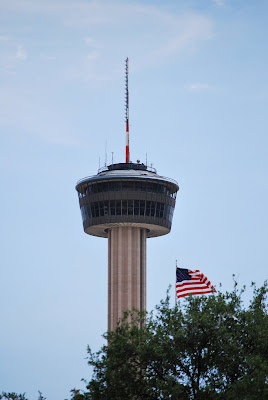 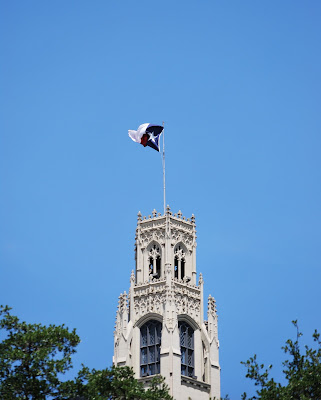 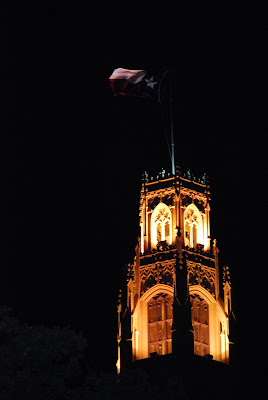 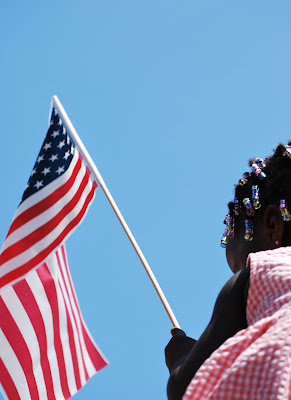 Melissa that last picture gave me shivers. It is beautiful. You have a gift girl. Want to come to Uganda and take the photos of my family reunion? :-)

Oh how sweet that last pic is! That one needs framing or something! What a special moment.

Can I just say how flattered I am that you think I look even REMOTELY like that beautiful woman? :-) 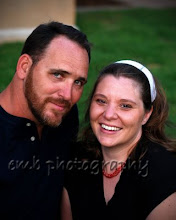 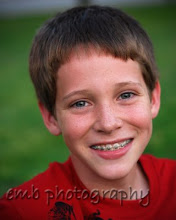 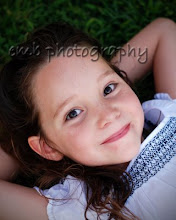 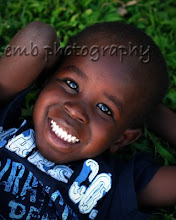 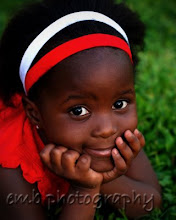 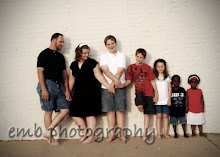